Hawke’s Bay Magpies Captain Tom Parsons took away the Premier Sports Person of the Year award at the first ever virtual CHB Mail Central Hawke’s Bay Sportsperson of the Year Awards Ceremony on Friday night. Tom has been a senior member of the Magpies for the past four seasons. He has been in the leadership group for all four years and won the Magpies Player of the Year twice in that time. In 2020 Tom was the Mitre10 Cup competition’s leader for lineout receptions, dominating this space and helping lead the team to the championship win and defended multiple challenges for the Ranfurly Shield. As with many other events held this year the 2021 CHB Mail Central Hawke’s Bay Sports Awards was adapted to ensure that it continued despite of the Covid-19 pandemic, with the awards hosted online to enable all of the community to attend virtually in the comfort of their own home via the Sport Hawke’s Bay Facebook and YouTube pages. The online video was produced by event partners and local Hawke’s Bay videographers Indelible. The awards presentation was hosted by Ian Sharp, a longtime supporter of the awards over the years as a sponsor, MC and most recently on the judging panel. Forty-five individuals, sport teams and clubs contested 11 categories during the evening, alongside recognition for three very hardworking and dedicated Service to Sport award recipients, Jennifer Aldridge, Jamie Welch and Colin Schaw who have all contributed to Central Hawke’s Bay Sport for well over 10 years each. Central Hawke’s Bay Rugby & Sports Club was recognised for an outstanding 12 months which saw the club and some of it’s members receive a number of awards throughout the evening. The club has seen significant growth in membership with the club now boasting six netball teams, three senior rugby teams, five junior ruby teams and plans to develop a women’s rugby team in 2022. With the rise in membership also means a rise in the amount of administration effort and time required to successfully manage those numbers, with Kim McKay the club administrator also taking out the Findex Administrator of the Year award and later in the night current club member Harry Godfrey was awarded the Unichem Pharmacy Waipukurau Junior Sportsperson of the Year Award for his achievements as the youngest playing member for the HB Magpies as well as a member of the NZ Under 20 and Hurricanes U20 sides. Sport Hawke’s Bay Community Sport Advisor for Central Hawke’s Bay Nicki Heremaia said, “We as a team are all proud of the fact that we were able to adapt. Going online enabled the event to go ahead and while not being the same as previous years, it was still a success in providing a platform for a much wider audience to be part of the festivities with many getting together at their local club or at home with whānau to celebrate the outstanding achievements of our Central Hawke’s Bay sportspeople, volunteers, coaches and organisations. “Huge thank you to our partners, sponsors and those in the community who take the time to nominate, without your support the awards simply would not continue to happen.” Full results, see page 26, the video is still available on YouTube and you can find a link to this as well as the write-up of all the winners on the Sport Hawke’s Bay website. 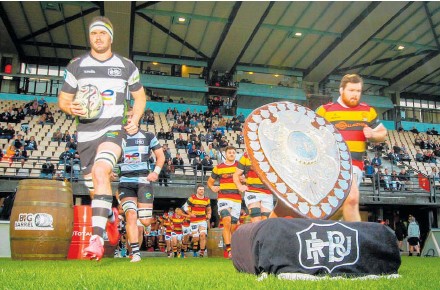